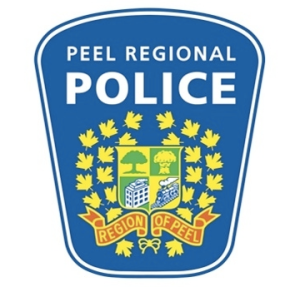 (Photo: Peel Regional Police)
BY KELLY ROCHE
Street checks will continue in Peel Region.
Police Chief Jennifer Evans turned down a request by the police services board to suspend street checks during a heated meeting Friday.
Mississauga Mayor Bonnie Crombie called for the suspension – supported by Brampton Mayor Linda Jeffrey – with board members voting 4-3 in favour of halting the controversial practice until it’s reviewed and policies are better understood.
“We finally have the system’s ear,” said Brampton resident Adaoma Patterson, one of dozens of residents and stakeholders cramming regional council chambers anticipating the outcome.
She’s the federal NDP candidate for Brampton West.
Patterson spoke of her 13-year-old son, who hasn’t had any interactions with police.
“It’s one of the concerns that I always have as he’s getting taller and looking like a teenager,” she said.
“I constantly worry, and I say to him, ‘be careful about what you do.’”
Street checks, also known as carding, involves police stopping people and collecting personal information.
Cops maintain the practice is an effective crime-fighting tool.
A recent Toronto Star report detailed race-based data, finding black people were three times more likely than white people to be stopped by Peel police over a six-year period.
As a parent, “I’m starting to have to second-guess and think, and prepare (her son) for, really, statistically … what will be a reality,” said Patterson, adding it’s “unfortunate.”
The Ontario Ombudsman’s office publicly released its submission to the government on carding Thursday, calling for an overhaul and strict control of an “illegal” practice.
Crombie said the board wants to give cops the tools they need to do their job and “protect us but we don’t want them infringing on anyone’s rights or freedoms.”
The province is looking into regulating street checks; policing is overseen by the community safety and correctional services ministry.
Mississauga resident Sophia Brown Ramsay is part of the Black Community Action Network and said safety is a priority for all.
“This is not about bashing the police,” she said.
“This is about relationship-building. This is about community and making sure that we all understand that we have to work together.”
Work together and plan ahead.
Encouraging black kids to pursue careers in policing amidst negative press is a challenge — something Brown Ramsay said starts at home with parents flipping the script.
“Not every single officer is a problem,” said Brown Ramsay.
“And we don’t want people to think that.”
She said community engagement is key, and more positive interactions are needed with police, such as officers asking someone if they need help instead of stopping them to gather information.
Positive interactions were evident when two teens from the Youth In Policing Initiative spoke passionately about their experience early in the meeting and presented a video thanking officers involved in the program.
@qewsouthpost