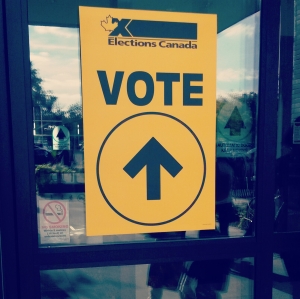 Ninety per cent of Canadian small business voters know who they’re supporting heading into Monday’s federal election and a quarter have already voted, according to a survey released Saturday by the Canadian Federation of Independent Business.

CFIB president Dan Kelly called it “fitting” that the election takes place on the first day of small business week.

“The spotlight that all federal parties have placed on the small business community and their issues speaks to the important place they hold in Canada’s communities and economy,” said Kelly.

Small business was a hot topic at the Oct. 14 Mississauga-Lakeshore all-candidates debate, with candidates repeatedly referencing independent enterprise along the Lakeshore strip.

A member survey conducted over the past week by the CFIB found 72 per cent of respondents will be heading to the polls on election day.

A third of small business owners are calling it the most important election to ever impact their livelihood.

All parties have committed to reducing the small business tax rate to 9 per cent from 11 per cent, and investing in entrepreneurship and training.

Among entrepreneurs, 42 per cent are reporting the campaign has influenced their vote. Only seven per cent remain undecided.

CFIB is Canada’s largest association of small and medium-sized businesses with 109,000 members across every sector and region.