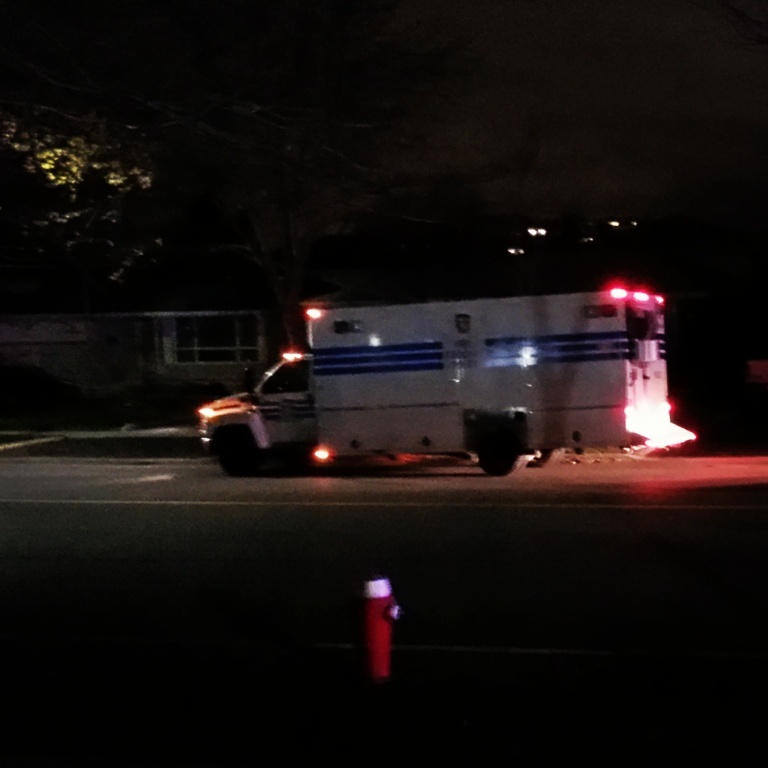 The province’s Special Investigations Unit has invoked its mandate after a 26-year-old man was shot by Peel police around 1 a.m. on Golden Orchard Dr. in the Dixie-Bloor area.

A call involving a suicidal man had the explosive disposal unit and tactical team on scene.
There was an interaction with a male and he was shot by police, Peel Police Const. Thomas Ruttan said at the scene.
Paramedics treated the man before transporting him to the trauma centre at St. Michael’s Hospital, where the man remains, with non-life threatening injuries.
Police closed off Golden Orchard from Bloor St. to Grand Forks Rd. for several hours.
The SIU investigates any incident involving police where someone is seriously injured, killed, or allegations of sexual assault have been made. Anyone with information is asked to call 416-622-1886.
@qewsouthpost