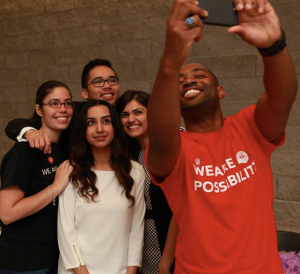 The 48th annual United Way campaign kicked off Friday with an ambitious fundraising goal of $12.2 million.

“Many residents would be classified as ‘working poor’ – people who have jobs, but not enough money to live on after paying rent,” White said.

“No one should have to worry about where their next meal is coming from, where shelter will come from. By working together we can ensure that all people, at all times, have access to these necessities of life and ultimately end poverty in our community,” said White.

Truckloads of food were collected and distributed to front line serving organizations.

The kick off was led by 2015 campaign chair and senior vice-president of payment at TD Bank Chuck Hounsell, board chairman John Russo, and White.

“Remember – give where you live,” said Russo.