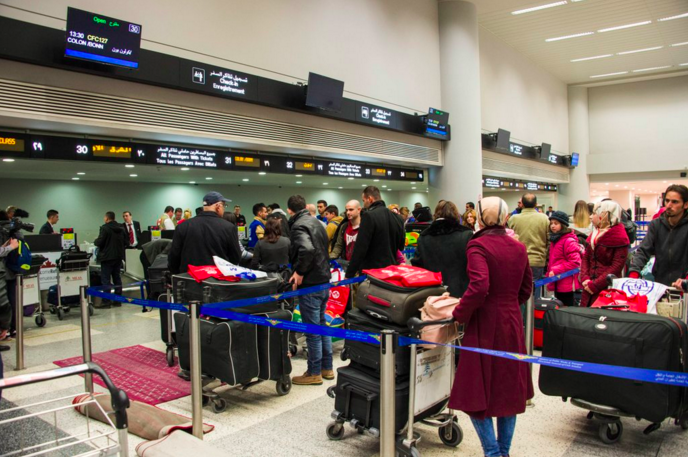 The first military planeload of Syrian refugees will be landing at Toronto’s Pearson Airport around midnight, however, it’s still unknown how many will call Mississauga home.
They’re flying in from Beirut and a second government airlift lands in Montreal Saturday, with a total of 300 privately sponsored refugees expected to arrive in Canada by Sunday.
Millions of Syrians have been displaced by terrorism and civil war; the Government of Canada is planning to resettle 25,000 Syrian refugees over five phases, and some are already here.
Meanwhile, the Peel District School Board has been planning for the arrival of refugee families settling in Mississauga, Brampton, and Caledon.
“At this point, there has been no confirmation of the number of refugee families who will settle in Peel, but we do know that our community is a major destination for many newcomers,” said PDSB spokesman Brian Woodland.
This year alone, the board’s three We Welcome the World Centres (WWTWC) have assessed and registered more than 5,300 newcomer students.
“Our schools and support staff have always done an amazing job to support refugee families. We know they’ll continue to offer a warm welcome and inspire hope,” Woodland said.
All donations, including money, clothing, food, furniture, and volunteer time are being coordinated through the United Way of Peel Region.
“I am heartened to see Canadians come together to welcome the Syrian refugees. I have hopes of the greatest success for them and their families as they build their new home in Canada,” Minister of Immigration, Refugees and Citizenship John McCallum said in a statement.

Prime Minister Justin Trudeau, Ontario Premier Kathleen Wynne, Mississauga Mayor Bonnie Crombie, and Toronto Mayor John Tory will be at Pearson tonight to greet the new Canadians.
The infield terminal won’t be open to the public, media, or employees not assigned to work in the area, said officials from the Greater Toronto Airport Authority.
The GTAA is asking people to avoid coming to the airport to welcome or donate items for the Syrian refugees arriving tonight.
“We’re so proud that our community wants to help, but such a response would be very overwhelming for those arriving. Safety is our number one priority for all who come through our airport,” reads a statement posted Thursday afternoon on the GTAA’s Facebook page.
A welcome video was released by World Vision Canada Thursday.
“We’ve been frankly overwhelmed by this outpouring of kindness from children,” said national manager of Canadian programs Hugh Brewster.
“Kids teach us what it means to open our hearts to people in need.”
@qewsouthpost