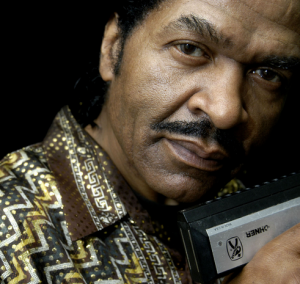 Try to resist snapping your fingers and tapping those toes this weekend.

“The whole idea is to shuffle from bar to bar and hear the music,” said festival founder, artistic director, and musician Chuck Jackson.

Its appeal is international.

“We get people from Norway, from Scotland, from Costa Rica,” in town for the three-day party, said Jackson.

“In the last few years, we’ve had a lot of younger blues bands,” Jackson said.

Four stages are set up at Port Credit Memorial Park, with after-parties at the Port Credit Legion (35 Front St. N.).

Up to 50,000 music lovers are expected over three days, if the sun is shining. Rain is predicted all weekend, according to Environment Canada (screenshot below).

Jackson is hoping Mother Nature is good to him on Saturday, especially. That’s when the ‘shuffle’ takes place, from 2 p.m. to 6 p.m.

Thirty bands will fill the street, “so it’s like Mardi Gras,” Jackson said.

“Just come over and jam.”

Environment Canada is predicting a high of 18C with a 40 per cent chance of rain.

“If it rains, we’ll have to cancel and move the bands into the bars,” said Jackson.

Admission to the shuffle is free. Tickets for shows are $10 for Friday and $15 Saturday and Sunday. A weekend pass is $30.

Tips: Bring cash, folding chairs for the general admission area, an umbrella, and a jacket.