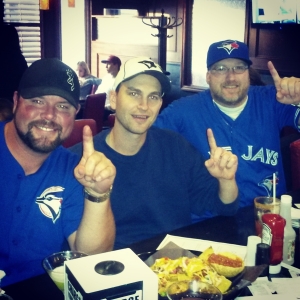 Send Harold Reynolds these statistics with a side of maple syrup.

An estimated 2.35 million people watched Game 1 of the American League Division Series between the Jays and the Texas Rangers, setting a network record for Sportsnet as the most-watched program in its history.

Overall, 6.5 million Canadians watched part of the record-setting ALDS Game 1, which the Jays lost, 5-3. Audience levels peaked at 3.75 million viewers at 6:29 p.m. ET in the bottom of the 9th inning, as Russell Martin was at bat with two out.