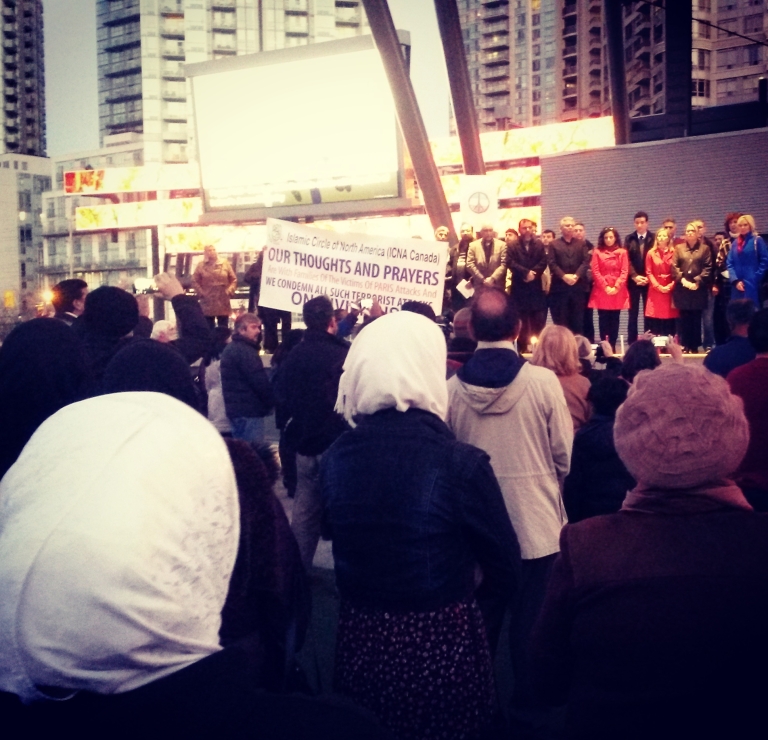 The most recent acts of violence perpetrated by agents of the self-proclaimed Islamic State against the city of Paris and other entities are being met; we are assured, with a coordinated response of military action. These actions are seeking to disrupt the operations of this identified enemy, to limit its ability to plan and launch future acts, and, ultimately, to eliminate it as an organized entity.

Such goals, however, cannot be accomplished by military action alone. If the Islamic State were a political entity with political motives and goals, military action alone might prove effective. This Islamic State, though is neither Islamic nor a state. Its goal is not the promotion of Islam as a religion. Neither does it seek to establish a state that serves the needs of the inhabitants under its authority. Its functioning as a state appears to be limited to looting the wealth of its citizens in order to finance its campaign of violent conflict.

The Islamic State is an entity inspired, not by political aims, but by an apocalyptic theological vision. The primary goal behind this vision is to promote universal conflict as the means by which the faithful are distinguished from the unfaithful in order to purify humanity for the fulfillment of the divine purpose. Violent conflict forces people to make choices that reveal their true nature. Such revelation then enables judgement and either condemnation or vindication.

This theology may use the symbolism and terminology of Islam, but its heart is far removed from the teaching that offers the redemptive mercy of Allah without condition to all those who submit themselves to the divine will and purpose. Islam seeks to redeem and improve human society while apocalyptic theology seeks society’s destruction as the means to ultimate salvation. This apocalyptic view has more in common with the Marxist Red Army Faction of late 1970’s Germany, or the Symbionese Liberation Army of Patty Hearst fame, or the Branch Davidians of Waco, Texas than they do with any form of Islam. This distinction is important because we need to make clear that we are not fighting in opposition to Islam. We do not blame Islam or any Muslims for these acts of violence simply because the perpetrators claim the symbolism and terminology of Islam.

Apocalyptic theology can emerge out of any faith system, even an atheistic one, and invariably rises to prominence in times of serious and widespread oppression, especially when there appears to be no legitimate or effective means for people to object to their oppression or to seek alternatives. Monolithic empires, like the Persian Empire of 6th century BCE and the Roman Empire of the first three centuries of the Common Era, gave rise to expressions of both Jewish and Christian apocalyptic theology. The Jews could see no way out of their oppressive exile under the Persians, and the Christians could see no alternative to the all encompassing authority of Roman Rule in the Mediterranean world. In their despair, the faithful of both religions turned to apocalyptic visions of a world to come in which the perpetrators of the evil that they were suffering would be judged, while they would be vindicated in their continued faithfulness. Such a divine transformation in the human social order would come, they imagined, through prolonged and violent conflict. The apocalyptic writings of both the Hebrew Scriptures, (The Book of Daniel) and the Christian New Testament (the Book of Revelation) continue to be misunderstood and misused by those who see their mission as fostering such conflict in our time in fulfillment of the divine purpose.

Islamic apocalyptic theology shares the same perspective as these expressions from other religions, only the monolithic empire is now capitalistic economic hegemony led and symbolized by the overweening power of the United States. As it always has, this theology inspires the thoughts and actions of people who are in despair over their situation and who can see no way forward to a brighter future.

Confronting and undermining apocalyptic theology requires a concurrent political and theological response. First, the American and European led empire of capitalist economic hegemony needs to become less involved, not more involved, in the Middle East. When people feel that their lives are serving the purposes of remote foreign powers, they lose hope for their future. They imagine apocalyptic conflict and destruction to be the divine method for rescuing them from their despair, and they are tempted to support anyone who promotes such conflict. People need to have their hope in the future restored. They need to see the possibility of an alternative that will give them room to develop their own future.

Additionally, all faiths need to re-emphasize the redemptive and renewing themes in their theology. The interfaith community is being challenged to develop a public theology of hope that articulates the divine purpose to renew all of life. Such theology must be embodied in a vigorous advocacy for the dismantling of empire so that people currently under oppression have the opportunity to shape their own future.

As a theological expression, the Islamic State needs to be confronted with the theology of a real and trustworthy hope for the future renewal and fulfillment of all of life.

Daniel Phannenhour (Pastor Dan) is an unretired Lutheran pastor and father to three lovely young women. He currently lives with his wife in the Oakville parsonage, and is exploring new ways of embodying the Christian faith while celebrating the multicultural and multifaith diversity of our community and nation.