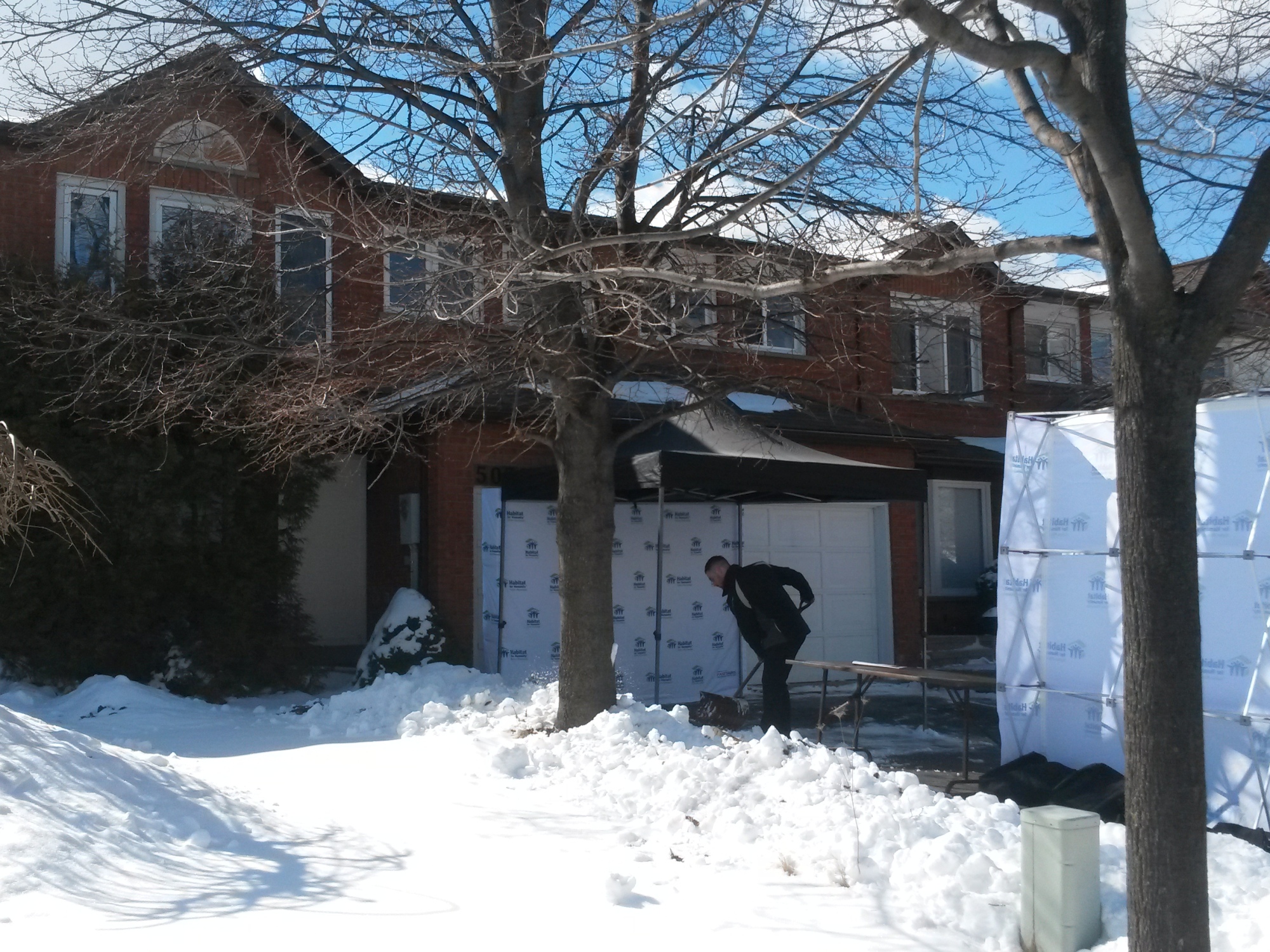 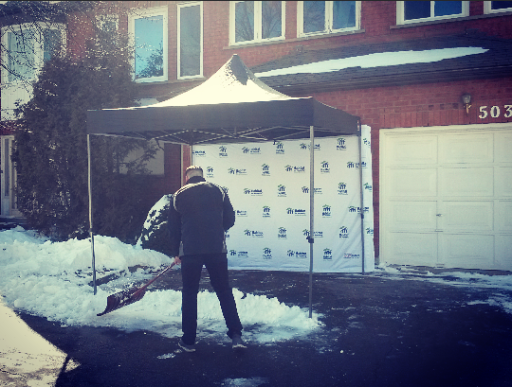 The existing home at 5032 Mariner Ct. will be gutted as Habitat for Humanity rebuilds for a family of six. A groundbreaking ceremony took place Friday, Mar. 4, 2016. (Photo: Kelly Roche/QEW South Post) 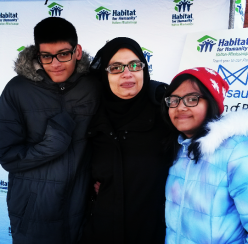 Asaad Shaikh, 14, mother Samina Khalid, and Uniba Shaikh, 11, are excited about moving into 5032 Mariner Ct. in Mississauga. A Habitat for Humanity build is about to begin. (Photo: Kelly Roche/QEW South Post) 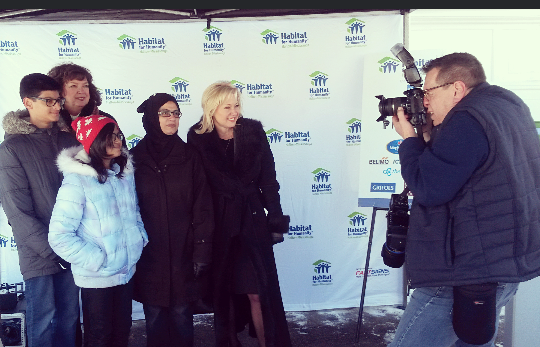 Uniba Shaikh may have her own bedroom for the first time when her family receives the key to their new townhouse at 5032 Mariner Court.
“We are looking forward to moving to our own home so much,” said Shaikh, 11.
Her sister, Areeba, 19, and brothers, Saad, 17, and Asaad, 14, are also happy about “having more space, and bedrooms, where we can do our homework,” Shaikh said.
“But most importantly, it will give us the opportunity to live a better life.”
The abandoned townhome – and stigma of a meth lab explosion nearly a decade ago – will be erased and new memories will be built literally and figuratively, thanks to Habitat for Humanity Halton-Mississauga.
Friday’s groundbreaking ceremony means the family, after a decade of waiting, will have a permanent home in 2016.
The house, near McLaughlin Rd. and Eglinton Ave., was sold to the charity for $2 last Dec. after city council approved a motion granting its sale.
A detonation, severely damaging the roof, took place in 2006.
That’s the same year Shaikh’s parents, Samina Khalid and Khalid Rauf, left Pakistan for Canada so their daughters could pursue an education.
The family of six is currently living in south Mississauga, cramped in a two-bedroom apartment near Sheridan Mall.
Khalid described the ceremony as “very exciting,” noting she’s looking forward to sewing once settled in her new house.
The estimated timeline for the build is three months, however, “it’ll depend on what we find when we open the door,” said Habitat for Humanity spokeswoman Sarah Golan, adding a complete remediation is taking place.
The family will be the third in Mississauga to become Habitat homeowners.
With a severe housing crunch leaving roughly 200,000 people in the lurch, “we need more groundbreakings like this one,” said Mayor Bonnie Crombie, noting “we have one of the longest waiting lists across the country for affordable housing.”
An affordable housing strategy with the municipal government means Habitat “will be building all over the city, from Clarkson to Meadowvale, Port Credit to Malton,” and everywhere in between “in the months and years to come,” said outreach manager Kevin Whyte.
Details about the partnership were not made available Friday.
“This is about community,” said Habitat for Humanity Halton-Mississauga CEO John Gerrard.
“This is about making change.”
@qewsouthpost

One thought on “Habitat for Humanity breaks ground on Mariner Ct.”