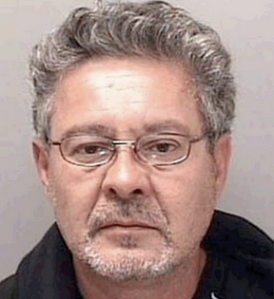 A 57-year-old convicted fraudster accused of hustling women via cyber romance schemes – with victims in Peel Region – is wanted by Toronto Police.

The man used online dating websites to meet women, entering relationships “for the purposes of defrauding them of their money,” cops said.

Cagnotti is wanted for failing to comply with probation, committing similar offences in Peel Region, and another cyber romance fraud investigation in Innisfil.

Cagnotti has been on the radar of fraud investigators for nearly 20 years: He was sent to jail by a Hamilton judge in 2010; represented himself during an assault trial in Maniwaki, Quebec, in 2012; and charged again in 2014 by York Regional Police.