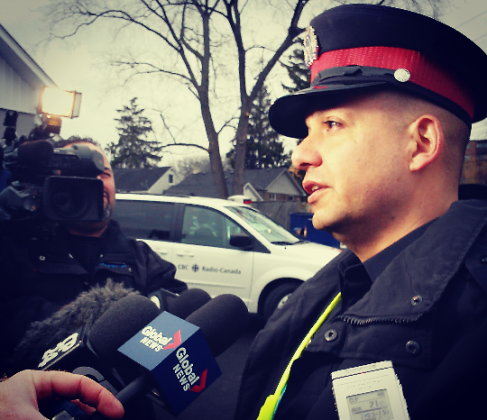 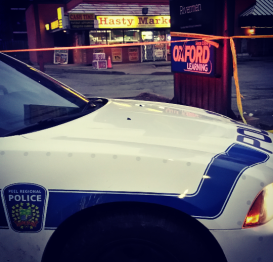 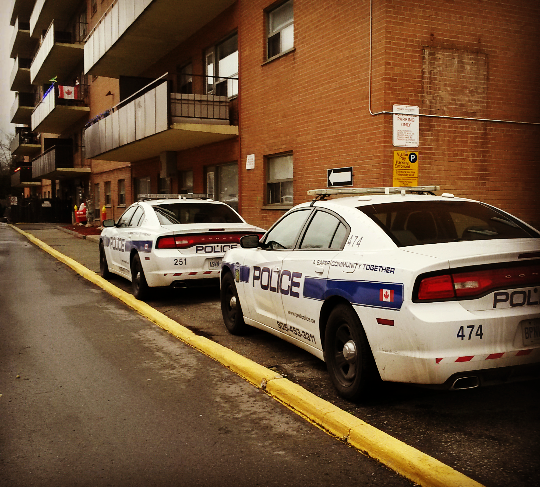 An 18-year-old Mississauga man remained in the trauma unit with serious injuries after a suspected drug-related altercation in Port Credit Thursday morning.
The victim was stabbed in an apartment at 1051 Seneca Ave. and stumbled over to a plaza at Lakeshore Rd. E.
That’s where Peel Police responded to a medical call around 6 a.m.
A resident told the South Post he saw three teenagers, “two females and a male,” leaving a ground floor unit – during that timeframe – holding a wad of cash.
“I saw a couple of fifties, a bunch of twenties, and he’s counting his money as he walks,” said Aaron, who didn’t give a last name, adding the unit “always has people coming in and out” and police are there “at least once a month.”
Another resident said aside from that unit, the building is a “beautiful place to raise a family.”
Two crime scenes were cordoned off — the Hasty Market plaza on the northeast side of the intersection, and nearby apartment buildings.
The man was stabbed in the upper body. Police performed CPR and assessed his wounds until paramedics arrived and took over.
The victim was in critical condition and underwent surgery.
Forensics officers were canvassing both scenes “to try to locate more evidence,” and document all evidence found, Const. George Tudos said at the scene.
No suspect information was immediately available.
Police are interviewing witnesses.
Anyone with information is asked to phone (905) 453 -3311 ext. 1233 or Crime Stoppers 1-800-222-8477.
@qewsouthpost